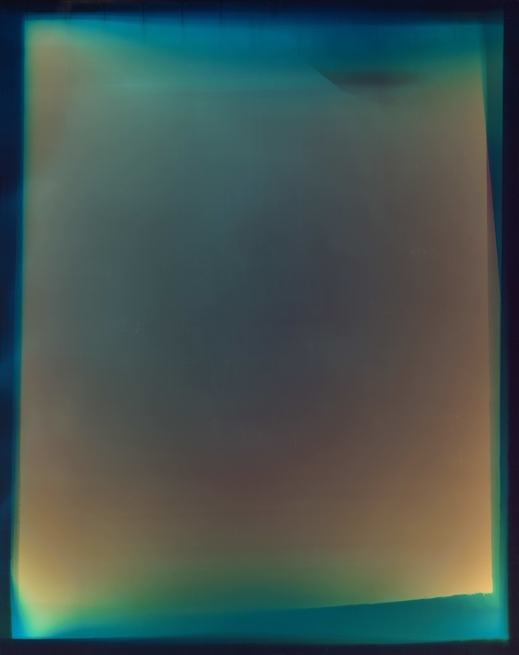 In partnership with the Fonds Régional d’Art Contemporain (Frac) Normandie Rouen and Micro Onde - Centre d’Art de l’Onde, the Centre Photographique d’Île-de-France (CPIF) has produced an exceptional three-exhibition programme that will be presented simultaneously in the three venues. This collective exhibition focuses on the question of abstraction in the field of contemporary photography.

La Photographie à l’épreuve de l’abstraction invites visitors to explore the strong new ties between photography and abstraction. The exhibition’s four complementary sections address this flourishing current of abstraction, which informs a multitude of approaches and which is closely linked to the evolving status of the image and the rapid rise of new technologies since the 80s.

The CPIF has opted for a formalist approach that uses colour to immerse visitors in the exhibition. It takes the separation of light into a spectrum of colours, a theme that inspired the champions of abstract expressionism in the 20th century, as a way of addressing the formal approaches of these contemporary artists who, guided by their fascination with light, are revisiting their relationship with the visible world.

The exhibiting artists make use of contemporary digital techniques, as well as looking back to analogue photography and appropriating historical techniques, outdoing each other by creating ever more inventive processes on a quest to develop new means of expression. In their images, surfaces, volumes, spaces and colours become (often equivocal) elements in abstractly rendered compositions. Other works simply recreate the interplayof light, chemistry and the photographic support, taking on sculptural or installation-like forms that shift the notion of what defines an image and its status.

Saturday September 26th at 3 pm The CPIF and Micro Onde - Centre d’art de l’Onde are running a free shuttle service for those wishing to attend the preview.

It departs from Place de la Bastille in Paris at 2.15 pm and arrives at the CPIF at 3 pm, before departing for Micro Onde - Centre d’art de l’Onde at 5 pm. You will be back in Paris by around 8.30 pm.

The exhibition at Micro Onde - Centre d’art de l’Onde focuses on a resolutely experimental and materials-based approach to photography. To provide an overview of contemporary artistic practices which explore the materiality of images, from scientific imaging to a new approach to landscapes, this exhibition takes as its starting point the photographic activity of the famous Swedish playwright August Strindberg. The latter’s study of crystals and night skies gave rise to his renowned Crystallographs and Celestographs (which were actually chemigrams). In fact, as artists take a greater interest in the physical world, lifelike representation gradually disappears and is replaced by abstraction.`

Frac Normandie Rouen explores three aspects with a first section that considers an almost archaeological approach to photography, from its purely scientific aspects up to the appearance of an iconography that was specific to analogue photography. Conversely, the second section brings together artists whose quest for abstraction is above all dependent on technological process that can be complex in nature.

Techniques related to different printing modes, such as the creation of sophisticated computer programmes, facilitate the creation of a new visual language that no longer possess any apparent reference to the material world.

Finally, the third section (which is also present at the CPIF) showcases overtly formal strategies using prisms, sculpture and architecture, as well as playing with surfaces and volume. Artists apply a wide formal vocabulary as they pursue their reflections on the notion of reality and the mechanisms called into play when producing an image, the possibility of redefining its status and even its potential “disappearance”.

The exhibition brings together works by the young generation of artists such as : Anne-Camille Allueva, Pauline Beaudemont, Matan Mittwoch, Constance Nouvel, Aurélie Pétrel, Sarah Ritter and Laure Tiberghien, as well as by some of the most important artists in the field of contemporary photography, such as Liz Deschenes, Stan Douglas, Paul Graham, Barbara Kasten, Zoe Leonard, Alison Rossiter, Thomas Ruff, Wolfgang Tillmans and James Welling. This rich selection leads us to question possible affiliations, but also underlines the unique nature of the younger generation’s practices and their increasingly complex protocols.